I am afraid that as a result of the passage of this Bill, our exposure to the industry of Unconventional Gas has just become much greater. It demonstrates this Government’s determination to frack at any cost.

The definition of fracking has been now redefined in such a way as to allow for high volume high pressure fracturing of shale anywhere so long as less than 2.2 million gallons of fluid is used. This means that most operations are no longer covered by the already watered down regulations.
That risks allowing significant fracking with less than the defined volume limit to go ahead, without even the safeguards that are before us today. What a mockery this is making of legitimate public concerns on fracking, and indeed of the democratic process.

Also announced in the final debate was the plan to allow monitoring bore holes& pilot extractions without the need for planning permission, thus taking away from local planning authorities& local people any say in these developments.
The conditions no longer specifically ban fracking in groundwater source protection zones or ban fracking underneath, as well as in, National Parks and protected areas.

Environmental Impact Assessments are no longer required for fracking.


Just how fracked is our democracy? No Kent MP’s voted against these measures….Time for them to go ?


Locally the present situation is that Coastal Oil & Gas say that they have” surrendered Guston, Shepherdswell and Woodnesborough but have retained the Tilmanstone area”. They also mentioned that they were interested in the Snowdon & Betteshangar areas. The fact that they have given up these other sites does not mean that they will not be passed onto other companies. Sadly there is little to cheer about yet..

Next EKAF village meeting will be at Deal on 18th Sept 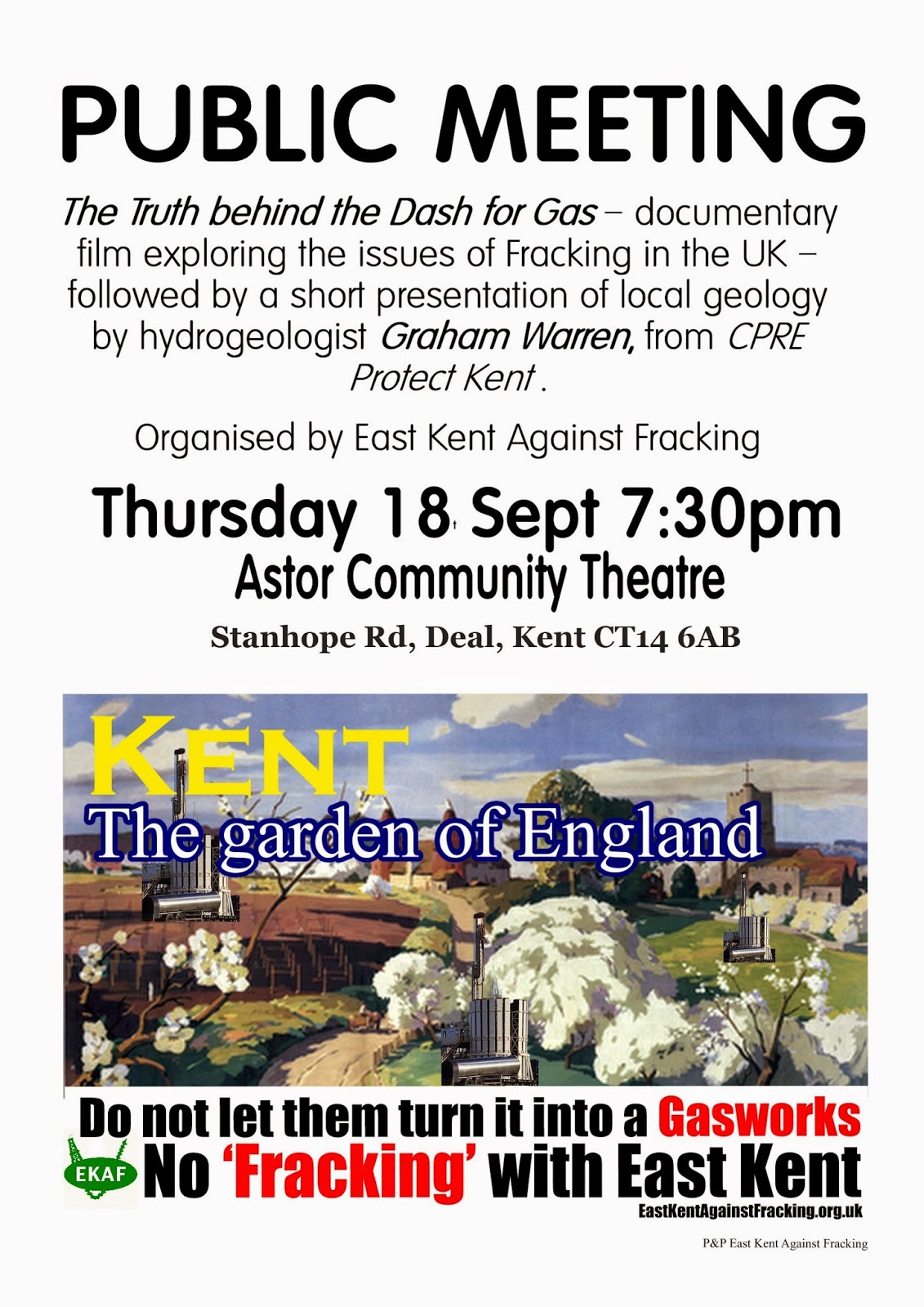 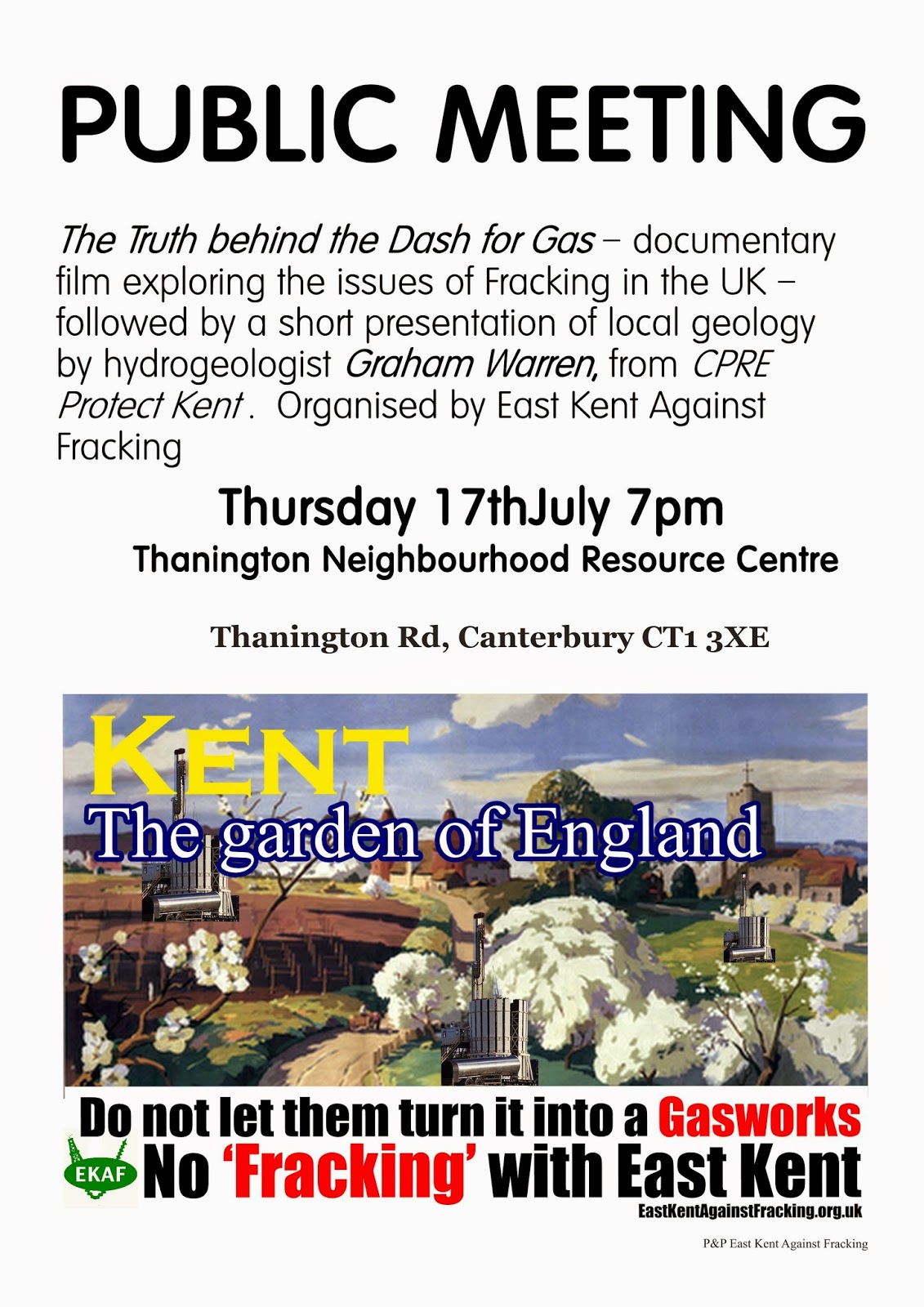 Keep Shepherdswell Well Action Group and East Kent against Fracking are joint organisers of the above conference for residents, organisations and businesses from East Kent.

The morning session will include presentations by national, independent experts who will provide up-to-date, authoritative information and analysis on energy policy and fracking. A spokesperson from the Dept of the Environment and Climate Change has also been invited to put their point of view.

This will be followed by a Question and Answer session.

The afternoon will provide an opportunity for participants from East Kent and beyond to network, share information and acquire campaigning skills in a number of workshops and information sessions.

Further information about the conference will be available shortly.

How you can help
The costs of organising this conference are high but we want to keep the fee for attending at a reasonable level so as many interested people as possible can come. We are thus hoping that EKAF members and supporters may be able to make a donation towards funding the conference.  If you then attend yourself, this donation could be deducted from the subscription fee.
Please make cheques payable to: Kent Energy Conference and send to Conference, The Winding House, Singledge Lane, Coldred, Kent CT15 5AG 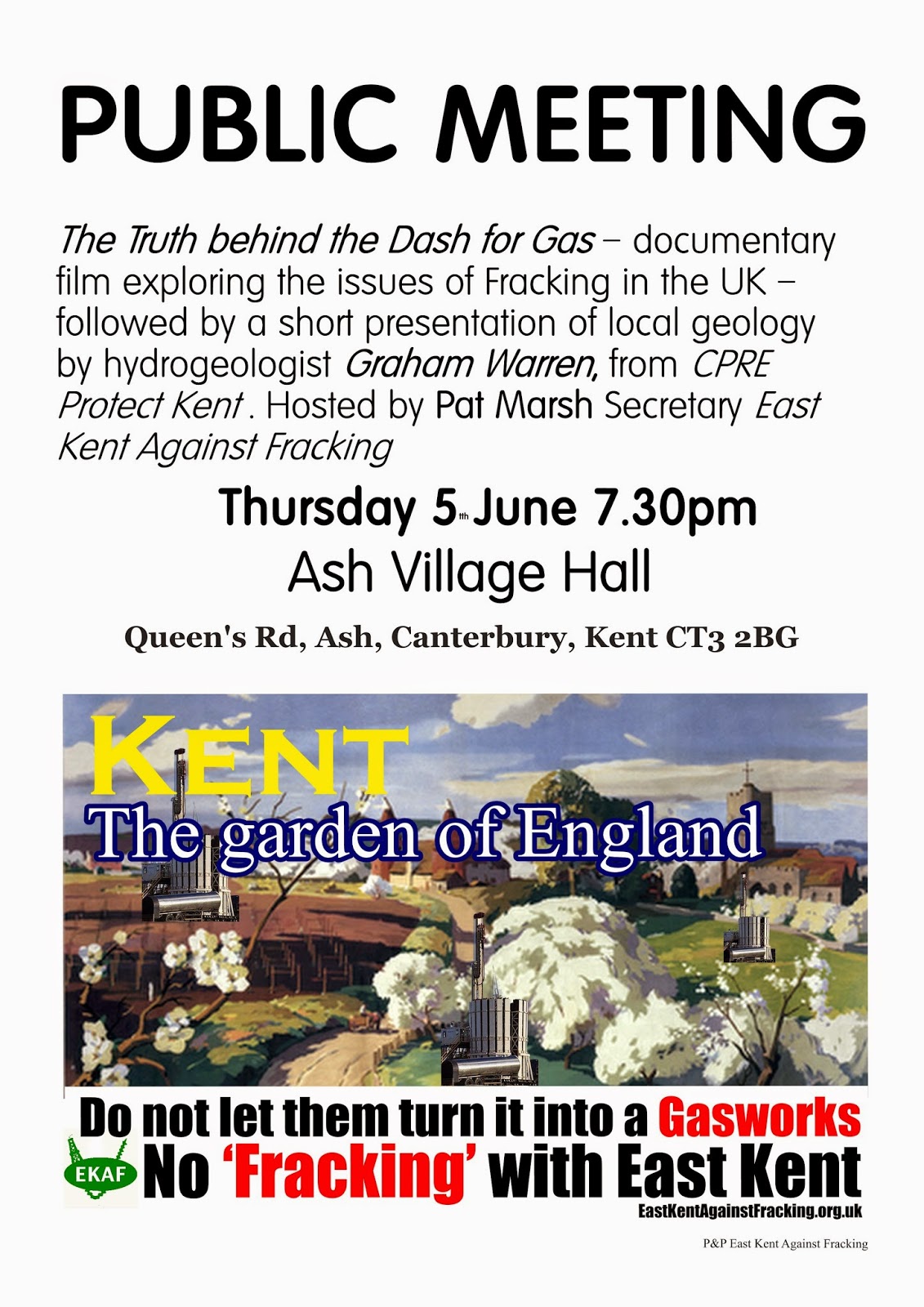 The next EKAF Village meeting will be at Ash Village Hall on Thursday 5th June @ 7:30pm

All welcome.
Posted by SteveW at 12:59 No comments: 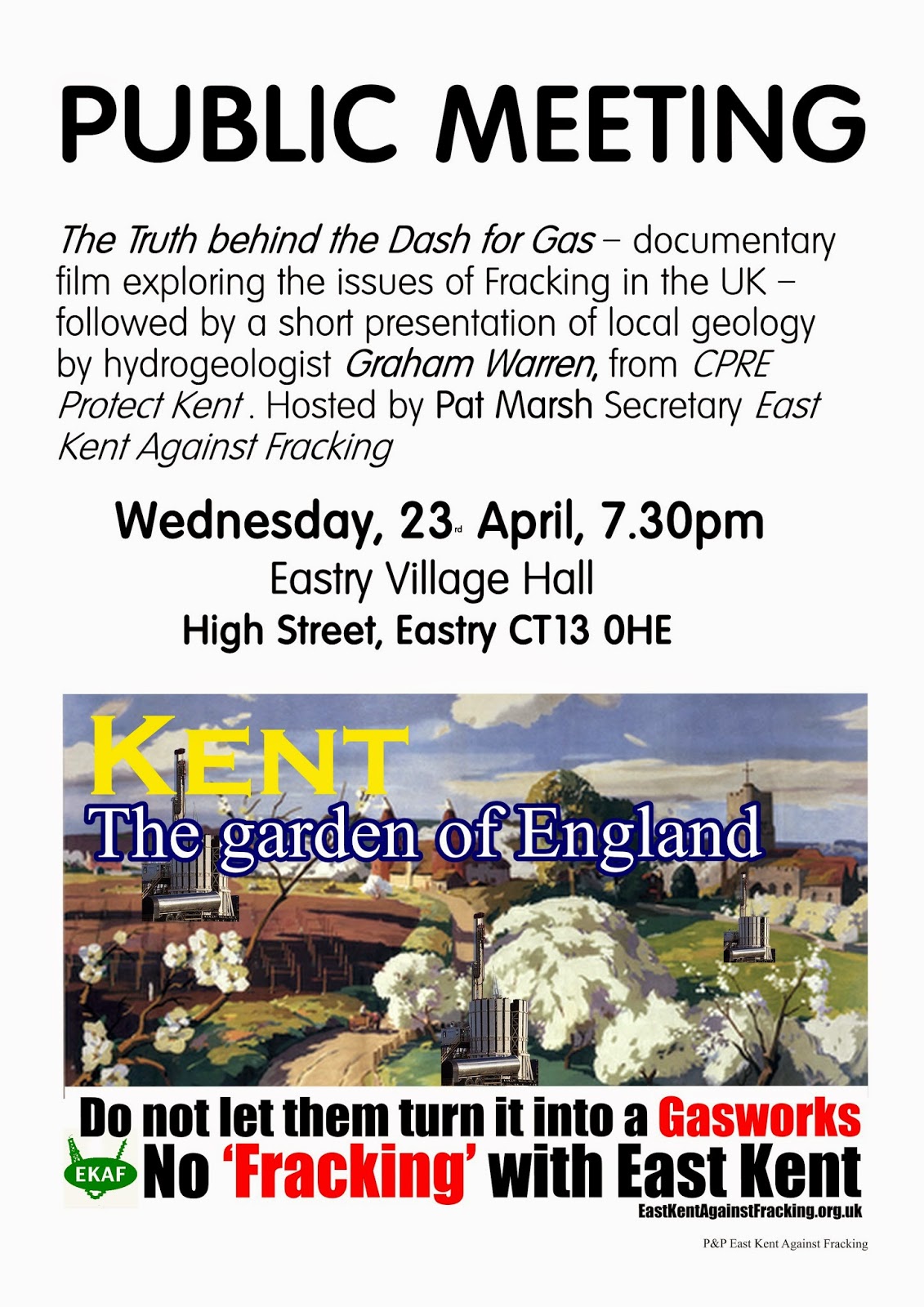 The next EKAF Village meeting will be at Eastry Village Hall on Weds 23rd April @ 7:30pm

All welcome.
Posted by SteveW at 12:10 No comments:

Email ThisBlogThis!Share to TwitterShare to FacebookShare to Pinterest
Labels: Eastry

Good News! Adisham Against Fracking was set up at a meeting last Thursday, 27th March.

They have decided they would like to be a satellite group of EKAF and will be sending a member to the EKAF committee meetings, starting on the 30th.

They will be producing flyers to inform residents of their activities and alert them to the risks of fracking.
Posted by SteveW at 12:07 No comments: